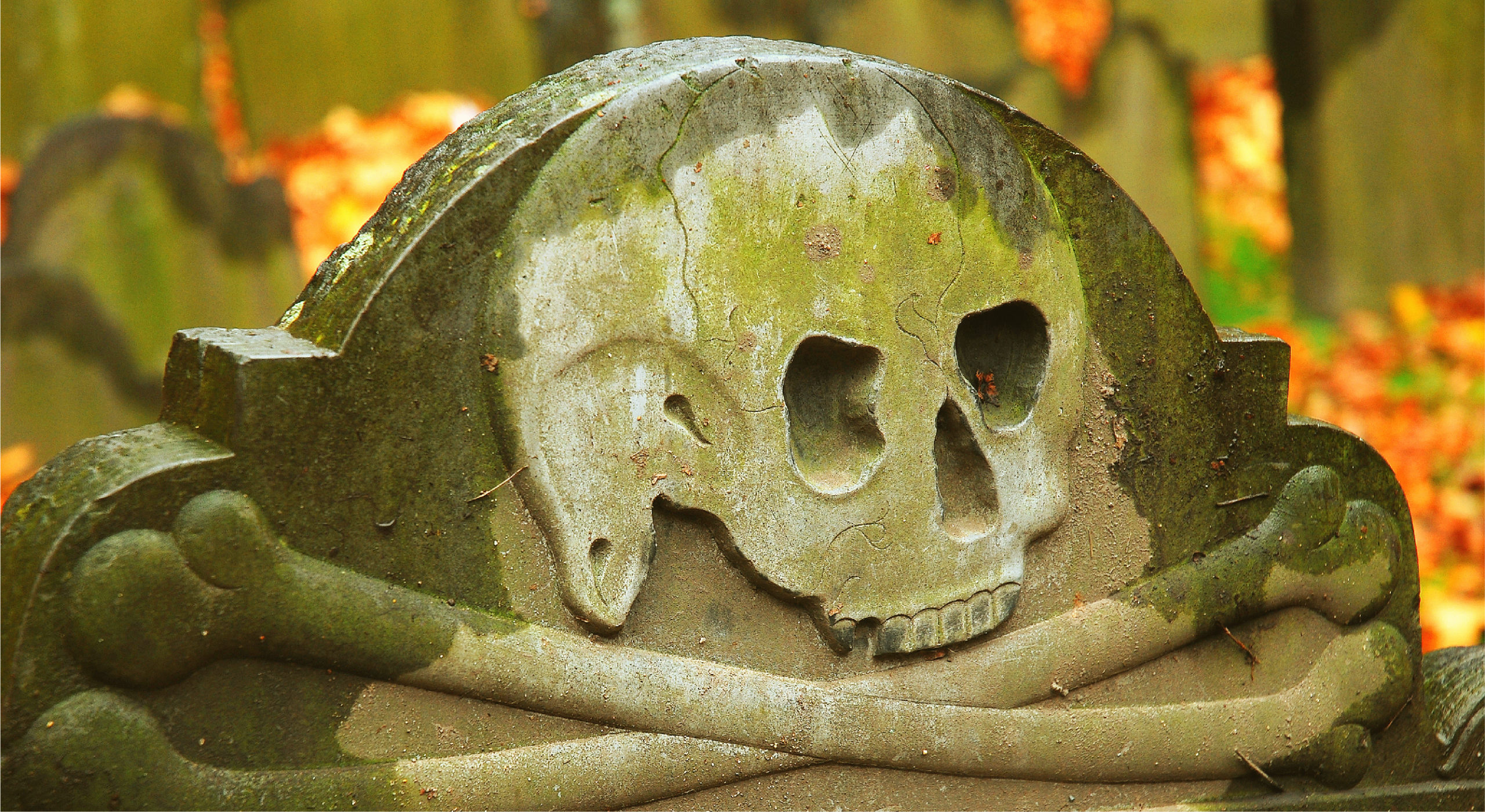 Boston is an old city full of revolutionary history outlining the birth of the United States. That same story is also full of tales of witchcraft, bloody battles, public hangings, treason, and murders. This makes Boston one of the most haunted places in America. Take an impromptu walk on a haunted Boston ghost tour by exploring our top 5 spooky spots in Beantown. 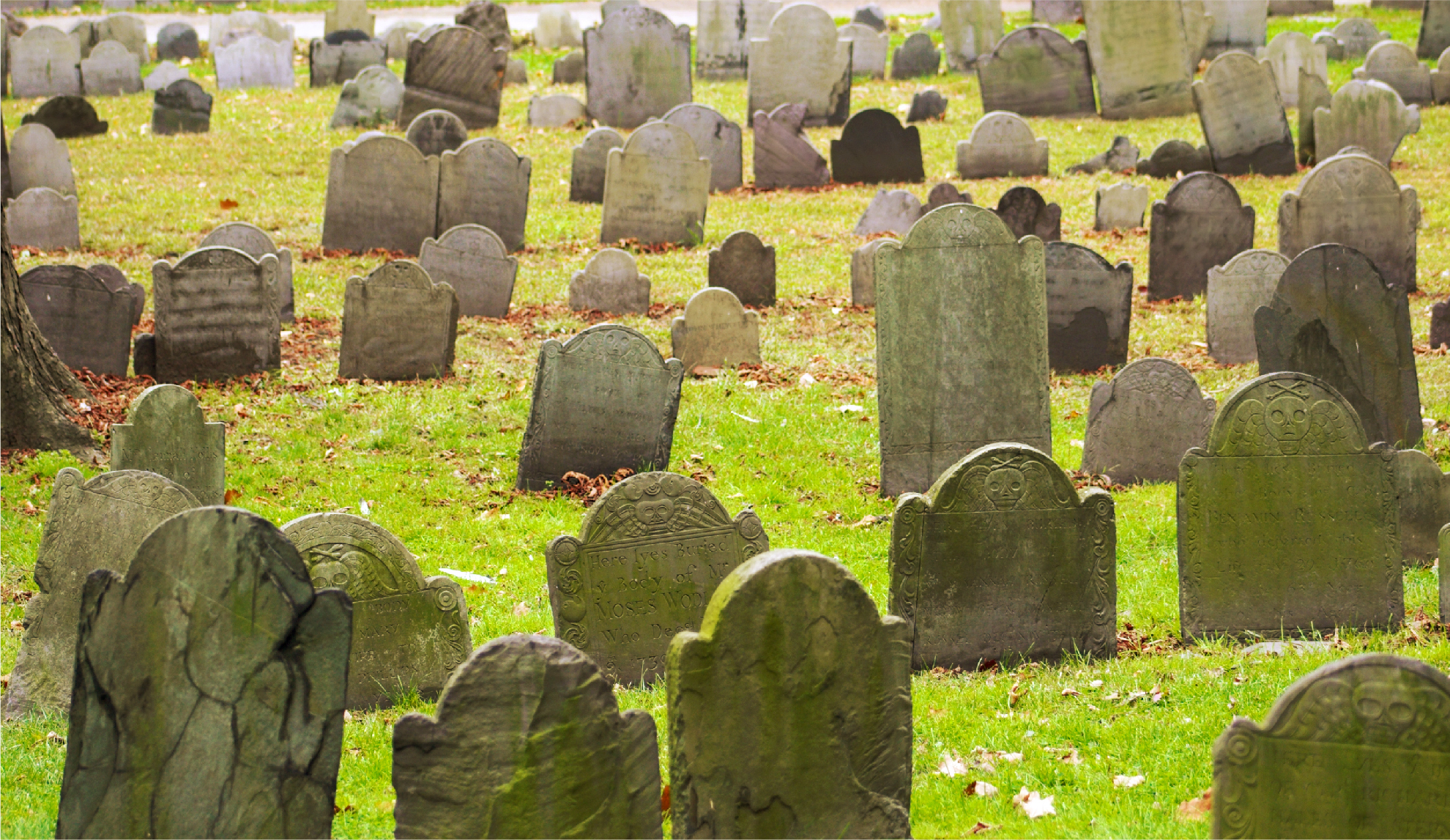 Is there anything scarier than a cemetery? How about one of the country’s oldest burial ground that’s reported to have over 5,000 bodies interred, but has only 2,300 tombstones? Exactly. Any haunted tour of Boston should begin at the Granary – the final resting place of revolutionary icons like Sam Adams, Paul Revere, John Hancock, and James Otis. Find the central obelisk that marks the graves of Ben Franklin’s parents (Ben’s buried in Philly). Next to this marker is the “Infant’s Tomb” – a mass grave where hundreds of children are said to be buried.

The Granary is a hotbed of hauntings and is attached to thousands of ghost sightings and stories. Mysterious orbs in photos taken by tourists. People reporting mysterious tapping on their backs and shoulders while visiting. The ghost of James Otis – dressed in colonial garb – is the most commonly sighted ghost. Otis – who signed the Declaration of Independence and coined the phrase, “Taxation without representation is tyranny” – suffered a massive head injury during a fight with another lawyer (over taxes) and went insane. He asked God to strike him dead. Soon after, he was struck by lightening and died. His ghost still haunts his final resting place, the Granary Burying Ground. The Burying Ground was originally part of nearby Boston Common (the country’s oldest public park) – the site of many public hangings in the 1600’s. The Common, itself, is one of Boston’s most haunted spots to visit. 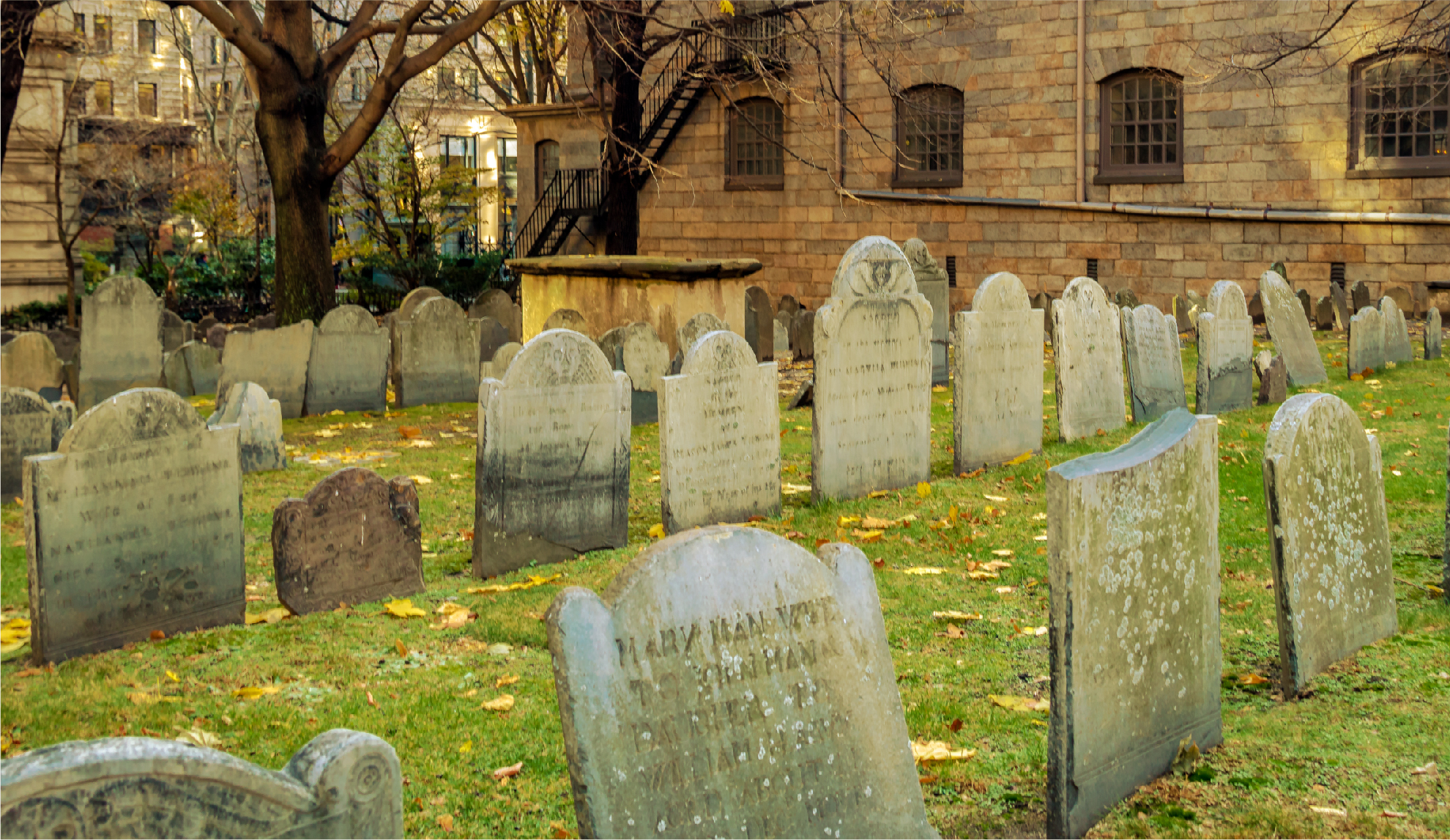 Just across the street from the Granary, you will find another haunted cemetery full of famous dead Bostonians. One of the favorite ghost stories relates to Captain Kidd who once worked for the British as a pirate bounty hunter. He was eventually arrested and accused of being a pirate himself – charges that stuck and cost him his life. He was hanged in England and – it is believed – his body was returned to Boston and buried at King’s Chapel. Many visitors have claimed that they have heard his voice or have watched him pace between the tombstones cursing the Crown.

The spookiest story involves a headless woman who is often seen in the corner of the cemetery. It appears she is searching for her head. When she died, the grave diggers made her a coffin that was too short. Rather than remake the wooden box, they chopped off her head, placed it between her legs, and buried her quickly. A painful reminder to measure twice – cut once. 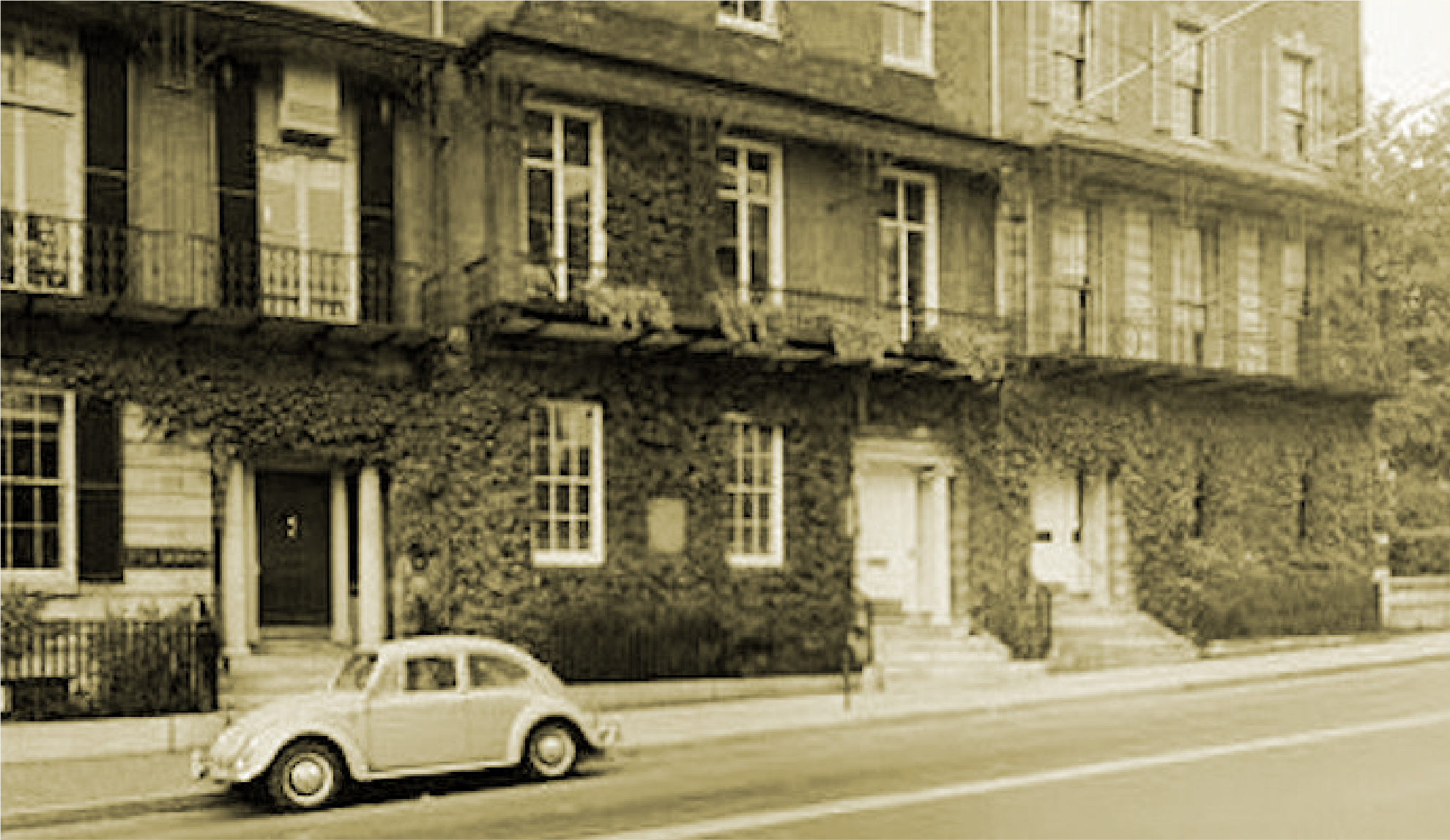 Locals often refer to this site as simply “8 Walnut”. This townhouse was once the home of Dr. George Parkman. Parkman grew up a sickly kid which encouraged him to study medicine. He entered Harvard at only 15 years old. He became fascinated with treating the mentally ill and pioneered the idea of building residential facilities for treating these patients with dignity and care.

On November 23, 1849, Parkman was brutally murdered. His body was eventually found on the Harvard campus inside the university’s cadaver room. Yikes. Parkman was dismembered and partially cremated. It was the crime of the century. Dr. John Webster, Parkman’s Harvard colleague, was arrested for the horrific murder and the trial became the first to use forensic evidence. Despite claiming his innocence, Webster was convicted and sentenced to death. Parkman’s ghost still haunts 8 Walnut Street. The house is now the official home of the Mayor of Boston though it is rarely used.  Wonder why? 8 Walnut is one of Boston’s least known haunted spots. 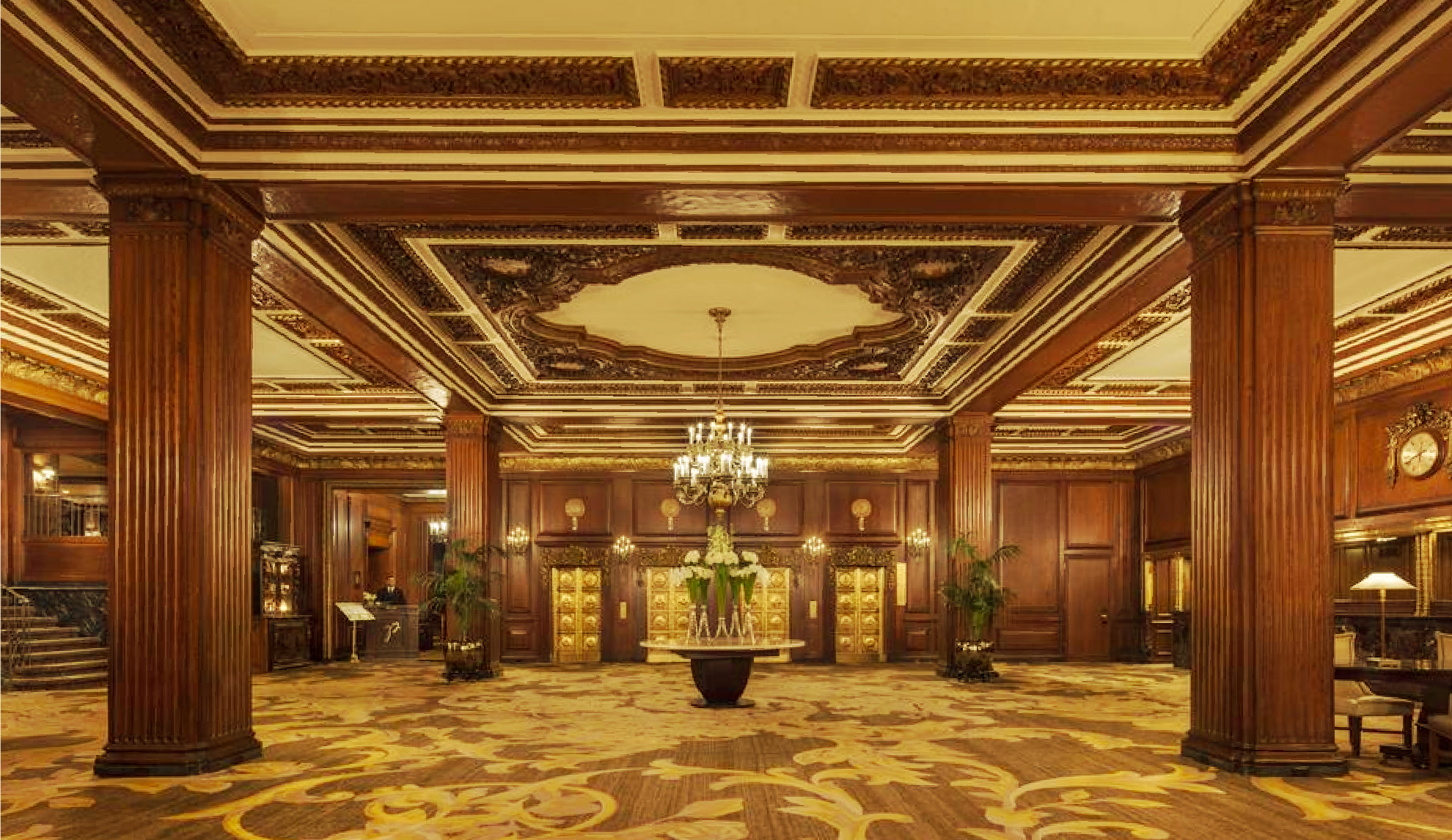 The Omni is Boston’s most haunted hotel. We dare you to spend the night! The Omni, originally built in 1855, has undergone a number of renovations over the past 150+ years. Original builder and owner, Harvey Parker, lived in the Omni until he died in 1884. His ghost still haunts the 10th floor of the annex. Many guests have spotted the affable, bearded man who appears to be checking on on his guests from the afterlife.

The third floor is particularly haunted. The elevators are mysteriously called to this floor as if summoned by a ghost. Charles Dickens lived on the third floor of the Omni and is said to still walk about in the wee hours of the night. There is also a mirror on the third floor hallway. Dickens performed a reading of “The Christmas Carol” into that mirror and guests swear they have seen his reflection staring back at them.

But, it’s Room 303 that we’re afraid of. A liquor salesman killed himself in that room in 1949. Ever since then, guests report smelling liquor, hearing laughter, and experiencing rapid drops in temperature. The room became so problematic that it was eventually turned into a storage closet. Stephen King stays at the Omni when he’s in town to catch the Red Sox. He wrote his short story “1408” based on Room 303 in the Omni. 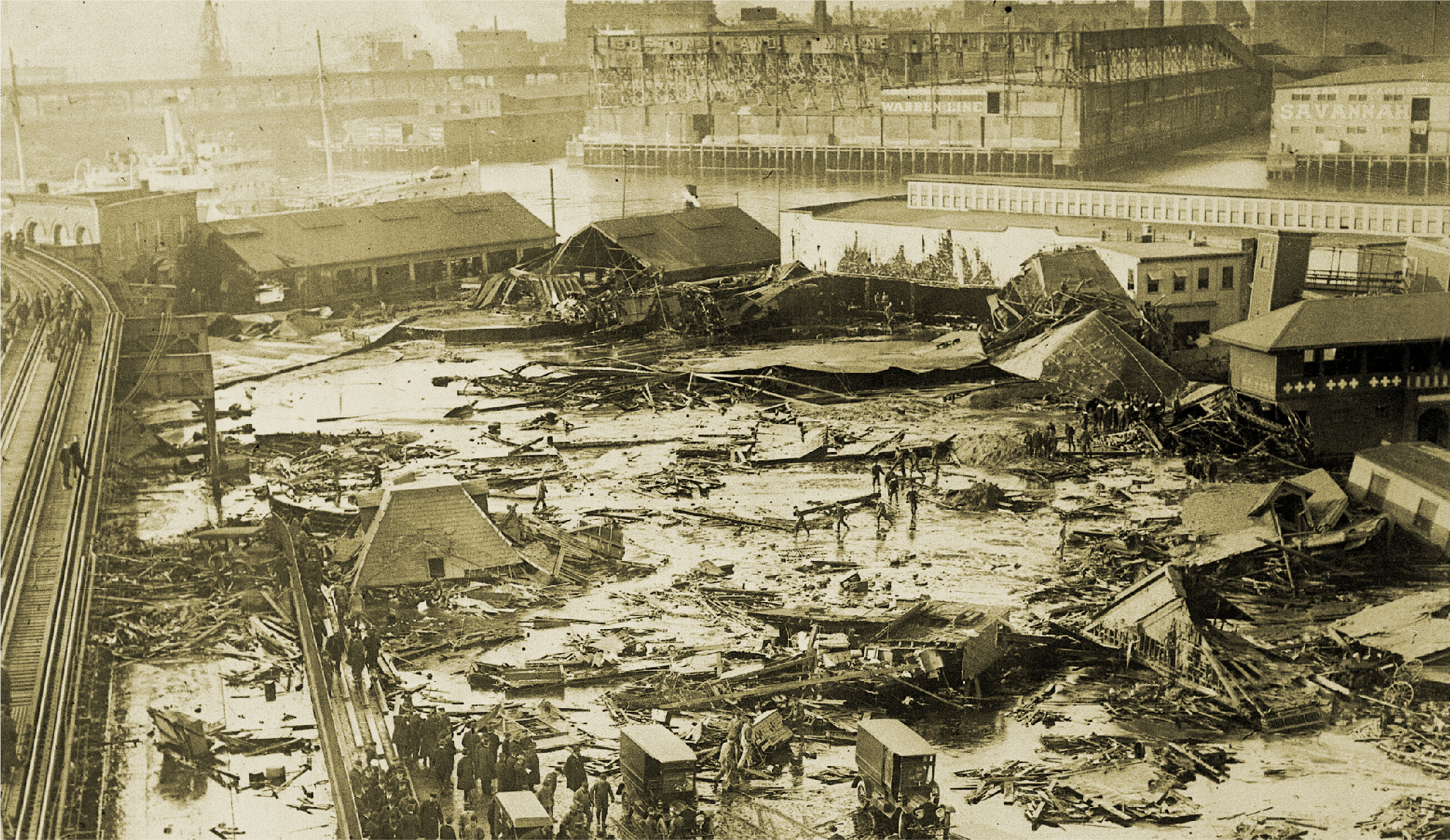 On January 15, 1919, a large storage tank containing over 2,000,000 gallons of molasses exploded. A tidal wave of thick syrup traveling 35 mph quickly overtook the North End neighborhood of Boston instantly killing 21 people and injuring hundreds more. Many of the dead and wounded were children walking home from school. Witnesses reported hearing a loud road and feeling the ground shake like an earthquake – bodies, trucks, trolley cars, and debris were thrown into the air. People were screaming. The more they struggled against the thick tide, the more stuck they became. The event rocked the city of Boston as they grieved their loss and spent months cleaning up the syrupy disaster zone. People report hearing the screams of victims.  And, on hot days in Boston, people in the North End say you can still smell molasses.

These are just a few of Boston’s most haunted spots and spooky locations.  Try a haunted Boston ghost tour the next time you’re in town and come face to face with the scariest places in the city.

DON'T JUST READ IT. LIVE IT!

Want to explore a bit of everything? Try Go Trivia. We turn your phone into the city’s best tour guide. It’s a one of a kind experience that’s part scavenger hunt, trivia game, and history tour. 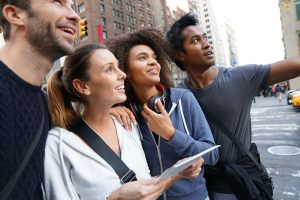 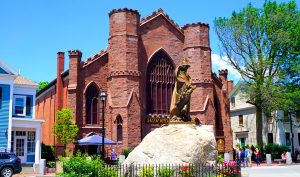 The Best Things To Do in Salem, MA 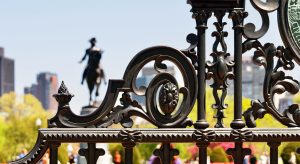 We believe the world is better when you share it with friends.

Sign up for the latest Go Trivia news and updates

WHEN ARE TOURS AVAILABLE?

Anytime. But, in order to get the full experience, you’ll want to plan your tour while the landmarks are open. Most of the time, you’re good to go from sun up, to sun down.

If there’s any other restriction, we’ll let you know on our product page, and we’ll remind you on your tour activation email.

How many people can be on my team?

We recommend aiming for a team of 6, but the size of your team is totally up to you. We offer tours of all sizes—just choose the right option for you when you checkout.

There’s no limit to how many people you can bring on your Go Trivia tour.

HOW LONG WILL IT TAKE?

That depends on you and your team. It’s a self-guided tour so you control the pace. Race to the finish line or take your time.

Either way, plan for about 90 minutes and be ready to walk about 2 miles.

WILL IT WORK ON MY PHONE?

Yup. All our tours are created on a state of the art mobile application that works on any device. You don’t even have to download anything to your phone.

Seriously, as long as you can get on the internet, you can access our tours.

Will we have to pay to enter any landmarks?

Think of Go Trivia like the city’s best tour guide. We’ll guide you to the most interesting destinations and landmarks while you play an interactive trivia game.

We don’t want you to have to wait in line, or be restricted in any on your tour. For that reason, we don’t require you to enter any paid destinations while on the tour.

Don’t sweat it. We thought of that.

Re-open your tour activation email and click the “Get Started” link again. You’ll pick up right where you left off.

Email us anytime at:
info@gotrivia.com

We believe the key to a good time is getting outside and exploring with your friends.